Stories from the street: A research project

“Even the most willing governments cannot efficiently deliver services if they do not know who those people are.”

In 2017, we had the opportunity to work with video analytics company Big Sofa Tech. Together we conducted a qualitative research study which took filmed interviews of street-connected children and analysed them to better understand the experiences they face in their daily lives.

We are delighted to announce that this project has been nominated for the MRS President’s Medal 2018.

Quantitative data is needed to demonstrate the scale of the issue – the number of children living on the streets of a given country and the demographic of that population. But it is qualitative data that paints a true picture of street children’s realities and the complexity of the challenges they face day to day. Without such data, stakeholders, from NGOs to governments, cannot be properly equipped to intervene in street children’s lives.

Misinformed perceptions can lead to highly damaging actions. For example, if street children are seen as criminals, it can lead to incarceration and violence. If they are seen as passive victims with no rights, they may be removed from the streets at all costs, even if it is against their will or not in their best interest. We wanted our research to help tackle these misconceptions.

Ethnography on the streets

We developed a research methodology based on exploratory and ethnographic qualitative methods. The research was conducted in four countries: Guatemala, Zimbabwe, Kenya, and India.

Street children are often highly mistrustful of adults, who they may associate with abuse, which made access a barrier. It was agreed that the most effective and ethical way to conduct the interviews was to utilise existing relationships between the street children and the street workers in our network.

The discussion guide covered seven key areas including: family, experiences with food and shelter, work and money and future aspirations. Fieldwork commenced over a six-week period and during this time, the street workers recorded 21 interviews with street-connected children and additional observational footage.

The power of video analytics

The data was uploaded to Big Sofa’s platform after being translated and transcribed. The videos were analysed using the platform’s coding and tagging system, which allows for analysis of specific speech patterns and phrases, as well as behaviours. Codes were drawn from the discussion guide, for example, “Rights” and additional themes emerged during the analysis process, such as “Playtime” and “Religion”.

After analysing the raw footage and identifying key insights, a three-minute long output film was created. The film uses direct quotes from the children, organised thematically to share powerful insights into their lives, in order to challenge those who do not see their talent, courage, resilience and strength. 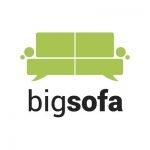 StreetInvest is registered in England and Wales with Charity No. 1127206 and Company Limited by Guarantee No. 6745235

Get in touch with us