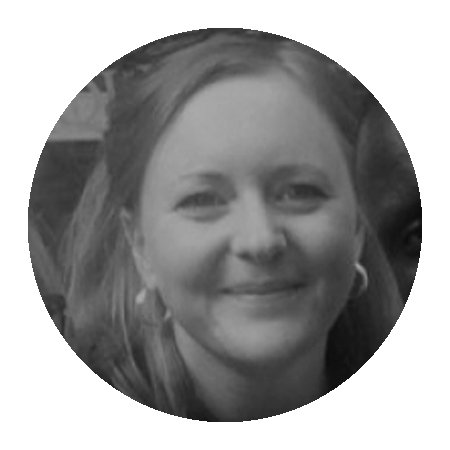 Siân brings 12 years’ experience of programme management, network building and partner development in the UK, Asia, Africa and Latin America at both grassroots and international levels.

After a 5-year career in the UK mental health sector, Siân relocated to Kampala, Uganda in 2013, working in women’s and children’s rights NGOs before returning to the UK to complete a Masters in Gender Studies at SOAS, the University of London in 2015. 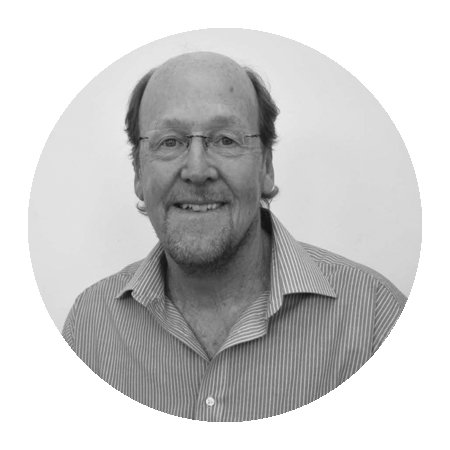 Duncan has a Development Economics Degree from the School of Africa Studies, Sussex University. He has had almost 30 years’ experience in the finance industry beginning in development finance and culminating as a Managing Director at JPMorgan.

He returned to the development world in 2006, joining Street Child Africa and then co-founding StreetInvest with Patrick Shanahan and John McGuinness in 2008. Duncan was a Trustee of the Consortium for Street Children from 2008 to 2017 which included 18 months as interim Director for CSC on a voluntary basis.

He is married with six children of his own. 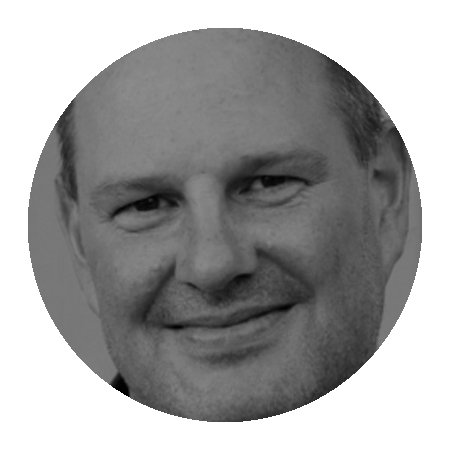 Mike joined StreetInvest in January 2019 to look after the finance and operations.

He has worked in finance and planning for the last 25 years in a variety of organisations in Europe and the US including several start ups. 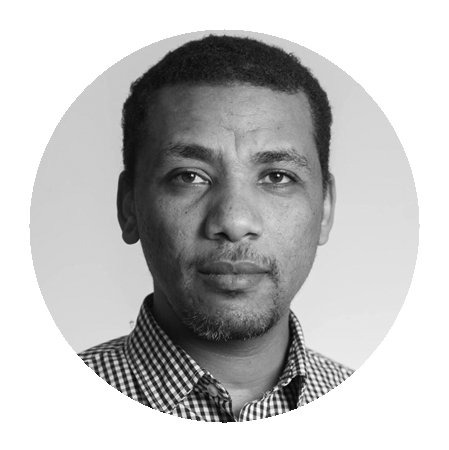 Bereket joined StreetInvest on 15 February 2021 and works as a Programme Funding Manager.  Before joining StreetInvest, Bereket worked as a Grants Manager for a human right charity called the Helen Bamber Foundation for nearly three years. He also worked as a Global Funding Manager for seven years for a children charity called Viva based in Oxford.  Bereket has been working for charities since 1998 and managed multiple grants while working for Save the Children, World Vision, and Merlin including UK Aid, EU and USAID grants to the value of $10 million.

Bereket finished his Master of Business Administration from the University of Westminster in February 2012. He also gained a Master’s Degree in Social Development Policy and Management at the University of Wales, Swansea, in 2008. 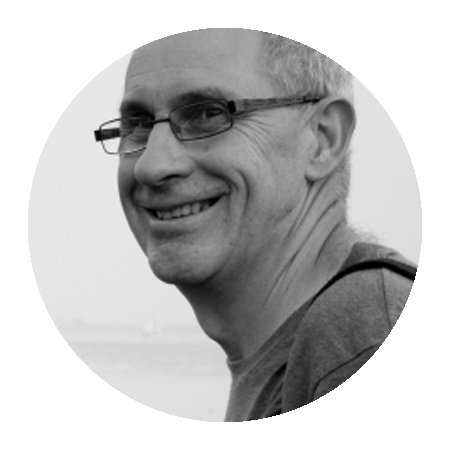 Alan’s career started with a voluntary position on an adult literacy programme. He turned this into a full-time job and after some years became a sought after trainer in this field.

He continues to work on the programme and offers long distance and occasionally face to face support for StreetInvest’s trainers worldwide. 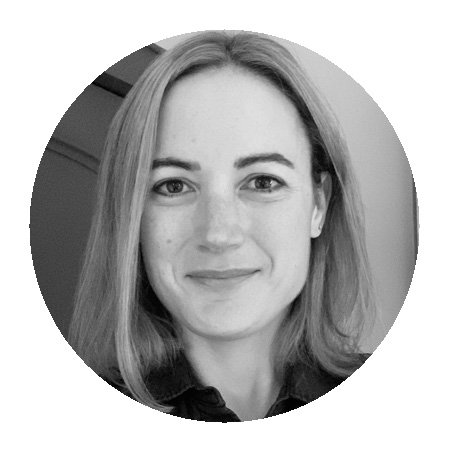 Katie worked as an Operations Manager in the events industry for ten years before taking a job as mother to 3 children for the next ten! Feeling ready for a new challenge and a desire to help other children less fortunate than hers, she approached StreetInvest as a volunteer in the hope of helping them with their fundraising initiatives. 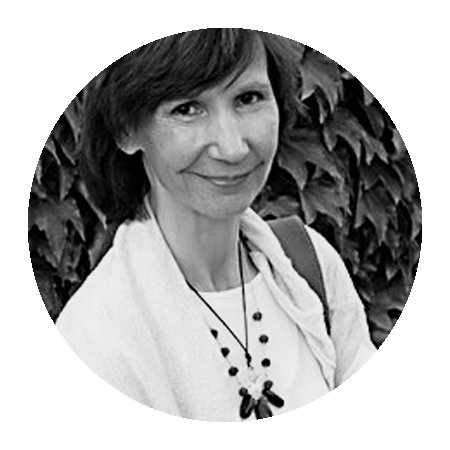 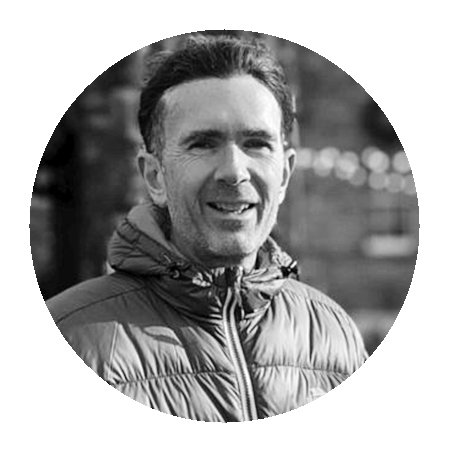 Robin started volunteering part-time with StreetInvest in 2019 after matching with us via the Richmond Community Volunteering Service website, and helps us with anything IT-related.

He has 20+ years of experience in IT as a technical manager running e-commerce websites, networks, security and SME IT systems.

Robin graduated last century with a degree in Engineering from the University of Cambridge and paints watercolours in his free time. 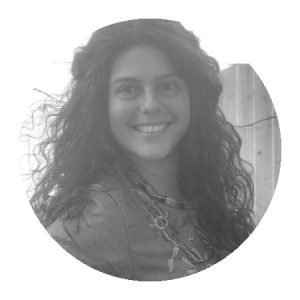 Francesca completed her Maritime studies in Greece and after seven years in the maritime industry, she joined StreetInvest in 2014, as Donor Manager & Volunteer Coordinator.  Francesca also supports our operations and community engagement activities and looks after our website and social media.

Francesca  holds a BSc in Criminology & Psychological studies and she is hoping to contribute toward improving the lives of street children. 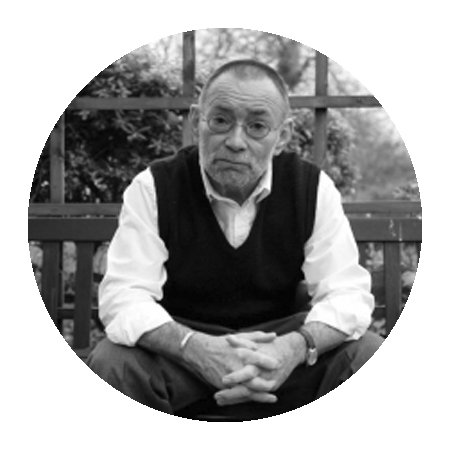 Patrick (30th August 1941 – 7th August 2016 ) inspired many with his belief in and commitment to street children. The vision he laid out guides StreetInvest to this day and our work is his legacy.

A champion for street children

Patrick advocated for street children and their rights throughout his life and was an inspiration to many. Patrick founded numerous street child charities in his life in the UK and Africa, including StreetInvest. He supported the Consortium for Street Children for 20 years and in 2011 was awarded their inaugural Street Child Champions Award, in recognition of his unwavering commitment.

In 2013 he initiated and became Research Director of the groundbreaking Growing up on the Streets research project, which sought to bring a voice to nearly 200 street youth living across Africa.

At the United Nations

Patrick was instrumental in the journey to the United Nations General Comment on Children in Street Situations, which was published in July 2017. This marked the first time that Governments’ obligations to street children under international law have been specifically and definitively laid out.

Patrick addressed the UN on no less than three occasions in his fight for international guidance on the protection of street children’s rights, in May 2011, November 2011 and May 2014

A father on the streets

While Patrick will be remembered for his great oratory, passion and dedication he is perhaps even more fondly remembered as a father to street children. While he worked to be heard at the highest levels, he firmly believed that his work started and ended on the street with the young people he fought for. He spent much time visiting young people on the streets in cities across Africa – young people for whom he became a friend and father figure. 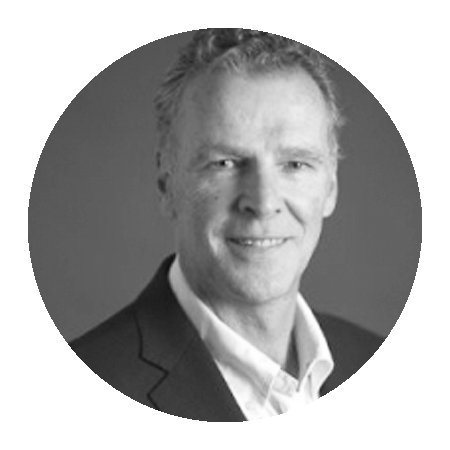 Cees Kramer
Chair of the Board of Trustees

Cees has been involved with StreetInvest since 2010 and chairs the Board of trustees. Cees has extensive international experience gained during a 35 year career with BP and Dialogos International. He has lived and worked in Amsterdam, Singapore, Cape Town and has now settled in London.

Cees strongly believes that no child should grow up alone. His key focus on the board is StreetInvest’s sustainability and maximising StreetInvest’s impact through advocacy and in partnership with international and local NGOs. 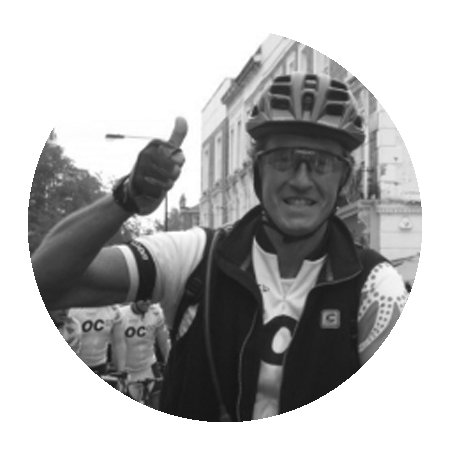 Kim spent over 20 years in international marketing, ultimately as Duty-Free Director at Grand Metropolitan’s IDV. He then elected to join the voluntary sector in a fundraising capacity. He set up his own consultancy in Cause-Related Marketing, thereby playing a role in the seeding of CSR, before going on to lead Save the Children’s Corporate Development team, and becoming Director of Fundraising and Marketing at Children in Crisis and The Shooting Star Trust.

After over 10 years as Trustee of Children of the Andes, building on extensive Latin American experience while at IDV, he now assists in the development of children and youth development charities. He is also the Chair of StreetInvest’s Advisory Council. 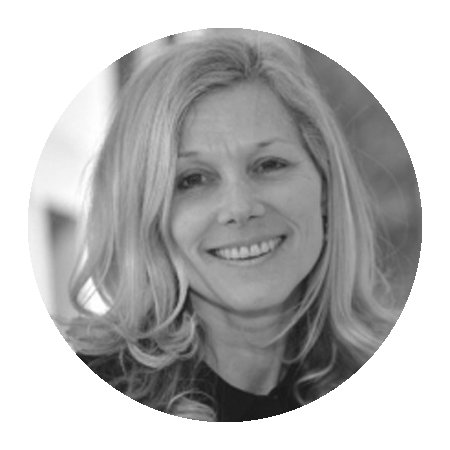 Jacquie began her career with Procter & Gamble in marketing and general management, where she lead global brands such as Pantene and worked in the UK and internationally over 12 years. She then worked as a business consultant for large multinational and SME clients advising them on business strategies, marketing, brand positioning and product innovation.

Good Values CR Agency was founded in 2007 and works with corporates on their Environment, Social, Governance (ESG) strategies and helps charities with their brand positioning and fundraising. Good Values specializes in helping companies maximise their Return on Investment from their ESG strategies and community programmes, ensuring that they deliver both a strong social impact and business benefit. 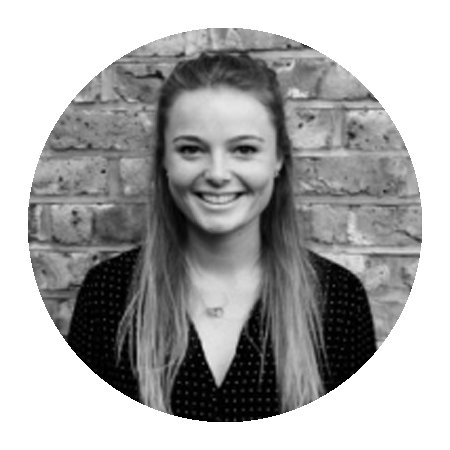 After studying psychology at the University of Exeter, Livia joined StreetInvest working within both programmes and fundraising. Livia left her role at StreetInvest in 2016 and joined Lloyds Banking Group where she now works in the Responsible Business team.

Livia continues to be involved with StreetInvest on the Board of Trustees, where she hopes to use her knowledge from her role at StreetInvest as well as corporate fundraising experience to support the organisation. 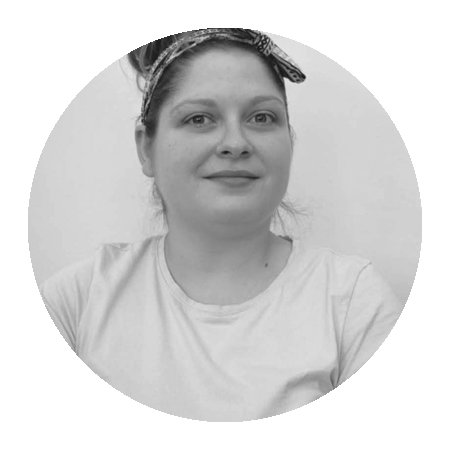 Poppy worked with StreetInvest as Fundraising and Operations Officer for a year before she went to university in 2009. She is currently studying Animal Management and hopes to use this to support street children in the future through African animal conservation projects 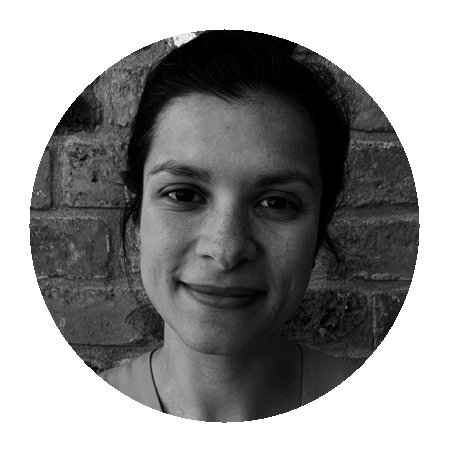 Natalie Turgut has spent a decade standing up for the rights of street children and children affected by conflict. She holds a master of laws in human rights, conflict and justice with Distinction. 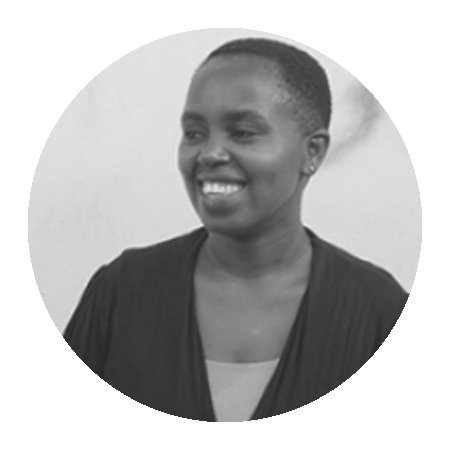 Liz is one of the Directors of Glad’s House, our Partner in Kenya. She is jointly responsible for the planning, staffing and activities for the whole organisation along with Country Director Bokey. She coordinates a team of 15 street workers and other staff.

Liz and Bokey are implementing the StreetInvest network strategy for East Africa in their role as Regional Coordinating Partner, starting in Mombasa Kenya, where Glad’s House is based.

Liz also one of StreetInvest’s trainers, and has lead Introduction to Street Work and One to One Engagement training for other street workers. In November 2017, she lead an intensive two-week training programme for 15 street works at CINI and Little Big Help, in Kolkata, India.

Meet the rest of the Glad’s House team here 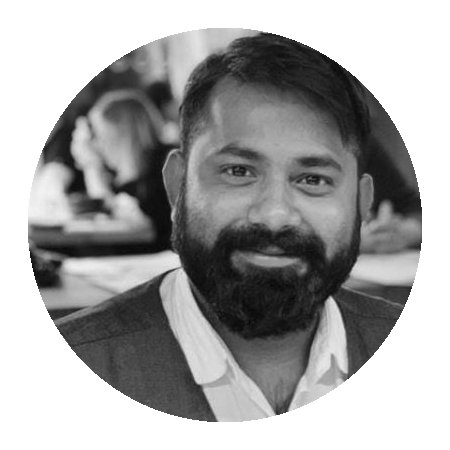 Babu Dey has worked at CINI Kolkata Unit for a number of years as a street worker, including leading the street work team. He brings the unique experience of being street-connected himself as a child in Kolkata. Babu is also a StreetInvest global trainer and has delivered training to street workers and a vast number of other stakeholders, including over 1,000 police officers in Kolkata.

We were proud to recommend him to represent Streetlnvest as a Child Participation Facilitator for Street Child United at the Street Child Games in Rio de Janeiro, Brazil, in March 2016. He took on this role for a second time at the Moscow Street Child World Cup in June, 2018. 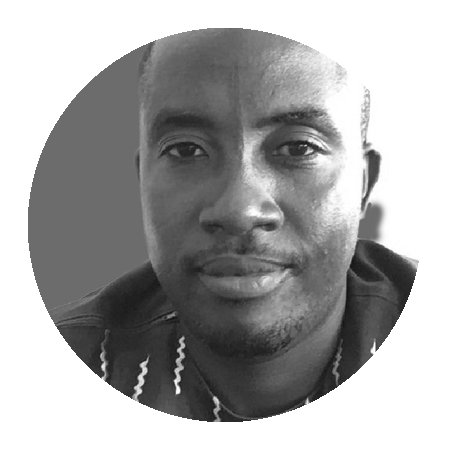 Tijani Mahmoud has worked with children living and working on the streets in Kumasi since 2007. He went through ISW training in 2010 and subsequently became a trainer for street workers in 2011.

He has been a global trainer for StreetInvest since 2015. He has led training ISW, ToT and headcount trainings for street workers in Kumasi, Accra, Sierra Leone, India, Kenya, Uganda and the UK. He also successfully led headcount exercises in Kumasi, Uganda and Kolkata, India.

Hannah is a news anchor on CNN with 15 years of broadcast journalism to her name. Away from live television, she is also an experienced host and moderator — working most recently for The Bill & Melinda Gates Foundation and the World Health Organisation.

Local to Twickenham, StreetInvest is very lucky to have had Hannah’s support as an ambassador.

StreetInvest is registered in England and Wales with Charity No. 1127206 and Company Limited by Guarantee No. 6745235

Get in touch with us